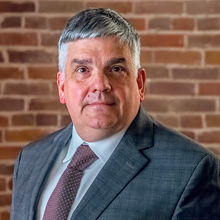 Dan Charchian joined U.L. Coleman Companies in June 2014 as the Executive Project Manager. He was named Vice President of Property Management and Operations in May 2015. Dan provides oversight and support to multiple departments in various aspects of development, leasing and brokerage, asset and property management, office administration, and human resources.

Prior to joining the company in 2014, Dan was a General Manager with ARAMARK Healthcare in Illinois. He is a retired Air Force Colonel whose distinguished career spanned 28 years and included such roles as the Commander of the Second Bomb Wing and Installation Commander of Barksdale Air Force Base.